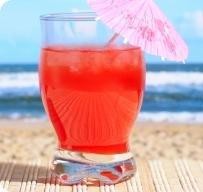 When played responsibly, drinking games are a very fun way to heighten the mood at a party (or just at a gathering). We get quite a few requests to add a bunch of the best games here for everybody to see, and after some browsing I came across a brilliant website thats dedicated to this.

Below I have included one for you, but if you would like to see the rest visit 'Alcohol Stuff's' drinking games collection.

"Requirements
The usual, People and lots of beer folks.

Setup
You’ll need a group of drunk people with beers to hand.

How to play
Game starts off by someone saying ‘fuzzy duck’ to the person directly to the left. This process continues around the table until someone says ‘does he?’. The direction now changes but now players have to say ‘ducky fuzz’ instead. This carries on until someone says ‘does he’ again, where players must now revert back to 'fuzzy duck’. This has to keep going but as fast as possible. When someone messes up and says it wrong they must down their drink. If somebody says ‘does he?’ twice in a row, they must down the drink, that is cheating!